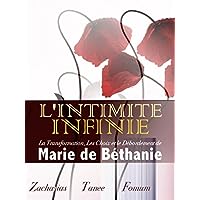 The writer of the Epistle of James has this say to us all: What good is it, my brothers, if a man claims to have faith but has no deeds?

Can such faith save him? Suppose a brother or sister is without clothes and daily food.

If one of you says to him, “Go, I wish you well; keep warm and well fed,” but does nothing about his physical needs, what good is it? In the same way, faith by itself, if it is not accompanied by action, is dead. But someone will say, “You have faith; I have deeds.” Show me your faith without deeds, and I will show you my faith by what I do. You believe that there is one God. Good! Even the demons believe that and shudder. You foolish man, do you want evidence that faith without deeds is useless? Was not our ancestor Abraham considered righteous for what he did when he offered his son Isaac on the altar? You see that his faith and his actions were working together, and his faith was made complete by what he did. And the scripture was fulfilled that says, “Abraham believed God, and it was credited to him as righteousness,” and he was called God’s friend. You see that a person is justified by what he does and not by faith alone. In the same way, was not even Rahab the prostitute considered righteous for what she did when she gave lodging to the spies and sent them off in a different direction? As the body without the spirit is dead, so faith without deeds is dead. (James 2: 14-26)

Faith is an act!

Faith flows out as acts!

Faith and acts are two sides of the same coin. The one side “faith” is inward. The other side “acts” is outward. When the outward is seen, it is evident that the inward is present. The inward is born first and then the outward comes forth to confirm the presence of the inward. Abraham believed God. He had faith. God looked inward and saw the faith and declared Abraham righteous. Then God tested Abraham. During the test, Abraham by faith, decided to offer up Isaac. The outward act confirmed the presence of faith in his heart.

The same thing goes for Rahab. She believed God in her heart. But how was this to be manifested unto her salvation? It flowed out in her attitude and treatment of the spies. It is the acts that declare to man that she had faith. Man saw the faith when the acts flowed out. God saw it before the acts.

Because true faith and true acts are two sides of the same coin, we can be sure that when one is present, the other is there and would soon be seen.

Although the Lord Jesus could see in the hearts of people, there are times when they only declared that people had faith when they saw the acts. Let us look at the following example: A few days later, when Jesus again entered Capernaum, the people heard that he had come home. So many gathered that there was no room left, not even outside the door, and he preached the word to them. Some men came, bringing to him a paralytic, carried by four of them. Since they could not get him to Jesus because of the crowd, they made an opening in the roof above Jesus and, after digging through it, lowered the mat the paralyzed man was lying on. When Jesus saw their faith, he said to the paralytic, “Son, your sins are forgiven.” (Mark 2: 1-5)

We are not told that Mary said anything to the Lord Jesus, she just acted out her faith in the Lord Jesus as Saviour and Lord by what she did and the Lord Jesus understood and forgave her. The Lord Jesus did not say that she had much faith; He instead said that she loved much. Why is it so?

Is this not where many fail? They said they have faith but there are no corresponding acts and people are put off by their lies. When there is a claim to faith that is not backed by acts, falsehood is being practiced.

Faith is ultimately not something for the lips only, but for acts

Mary had great faith which was manifested by her great acts.